大阪府/Osaka
Japan Info 03 Osaka,
How to go to Hiroshima from Shin-Osaka by Shinkansen 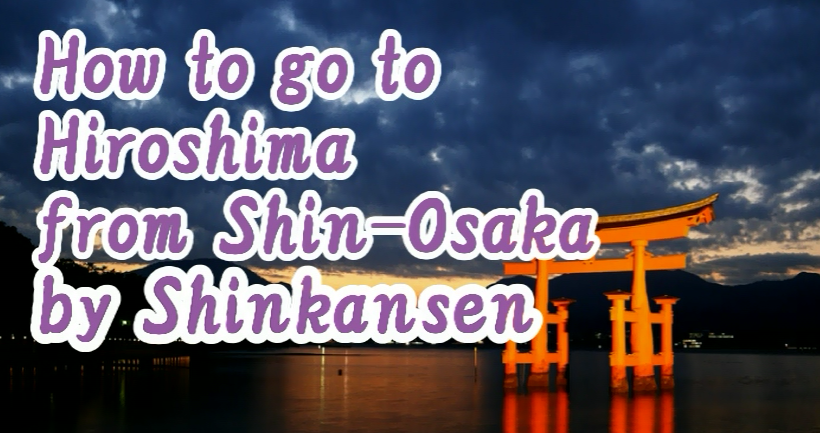 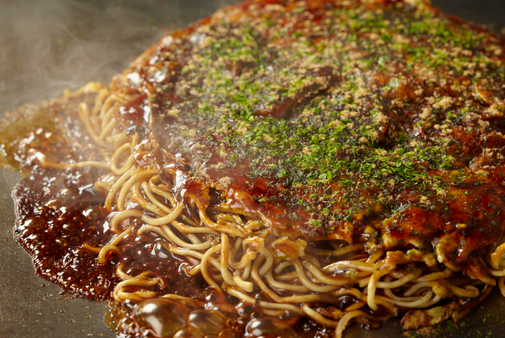 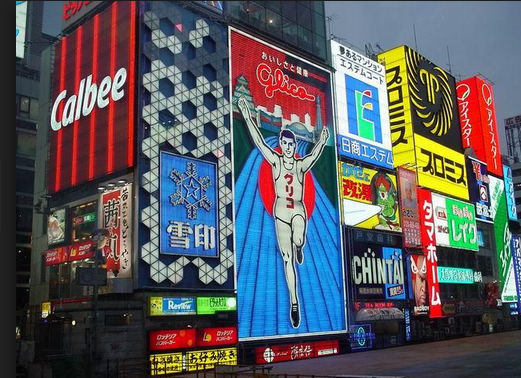 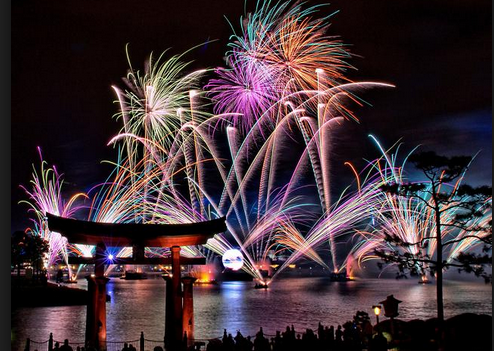 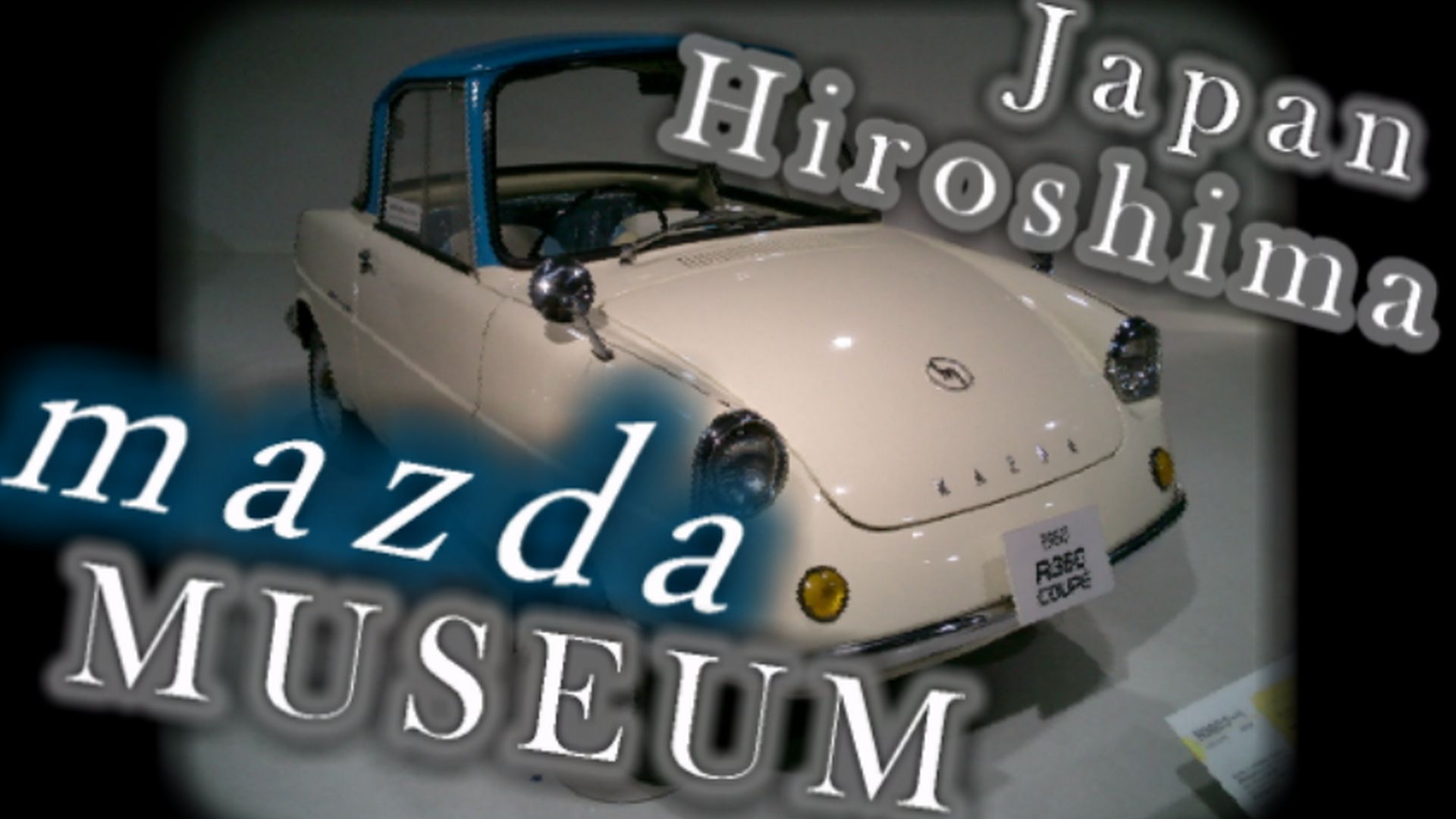 The Mazda Motor Corporation was founded in Hiroshima in 1920. It still keeps its corporate headquarters in the city of its birth place. Besides the headquarters, Mazda possesses a large plot of coastal land which accommodates R&D (research and development) laboratories, factories, and shipping facilities. The company museum and part of a factory are made available to visitors.

Although Mazda is not as large as Toyota, Mazda plays a large role in Hiroshima's economy, like Toyota dose to Nagoya.  Producing over a million cars a year, It is an innovative player in the Japanese auto industry. For instance, in 1991 Mazda became the first and only Japanese company to win the Le Mans Grand Prix with 787B. Mazda continues efforts to create more efficient vehicles include improving its version of rotary engines.

Reservations are required for the Mazda Museum tour and can be made by telephone or via its website, the URL is below. Reservations can be made up to a year beforehand. Tours for individual travelers are offered once a day in English and Japanese.

Visitors to the museum are first gathered at the Mazda head office building. When the tour is scheduled to begin, a Mazda tour guide leads visitors onto a bus to take them to the museum building on the close to grounds of Mazda's Hiroshima Plant.

The museum offers a digest of Mazda's history, such as a look into the expectancy for its future developments and the technology of its automobiles. The tour then goes through an actual vehicle assembly line, where a variety of different car models being produced. Final location is a shop where Mazda goods are sold. The tour takes a total of 90 minutes.

From the JR Hiroshima Station, board a local train to Mukainada（向洋） Station. The one-way journey takes about 5minutes with a cost of 190yen. From arrival station the Mazda Head Office can be reached in a five minute walk.

Tours of the Mazda Museum and Factory are held daily, except weekends and company holidays. The starting time of the English tour is at 10:00 and the Japanese tour at 13:30. The full-length of the tours is around 90 minutes. The tour is free of charge, but a reservation must be made in advance by phone or e-mail. 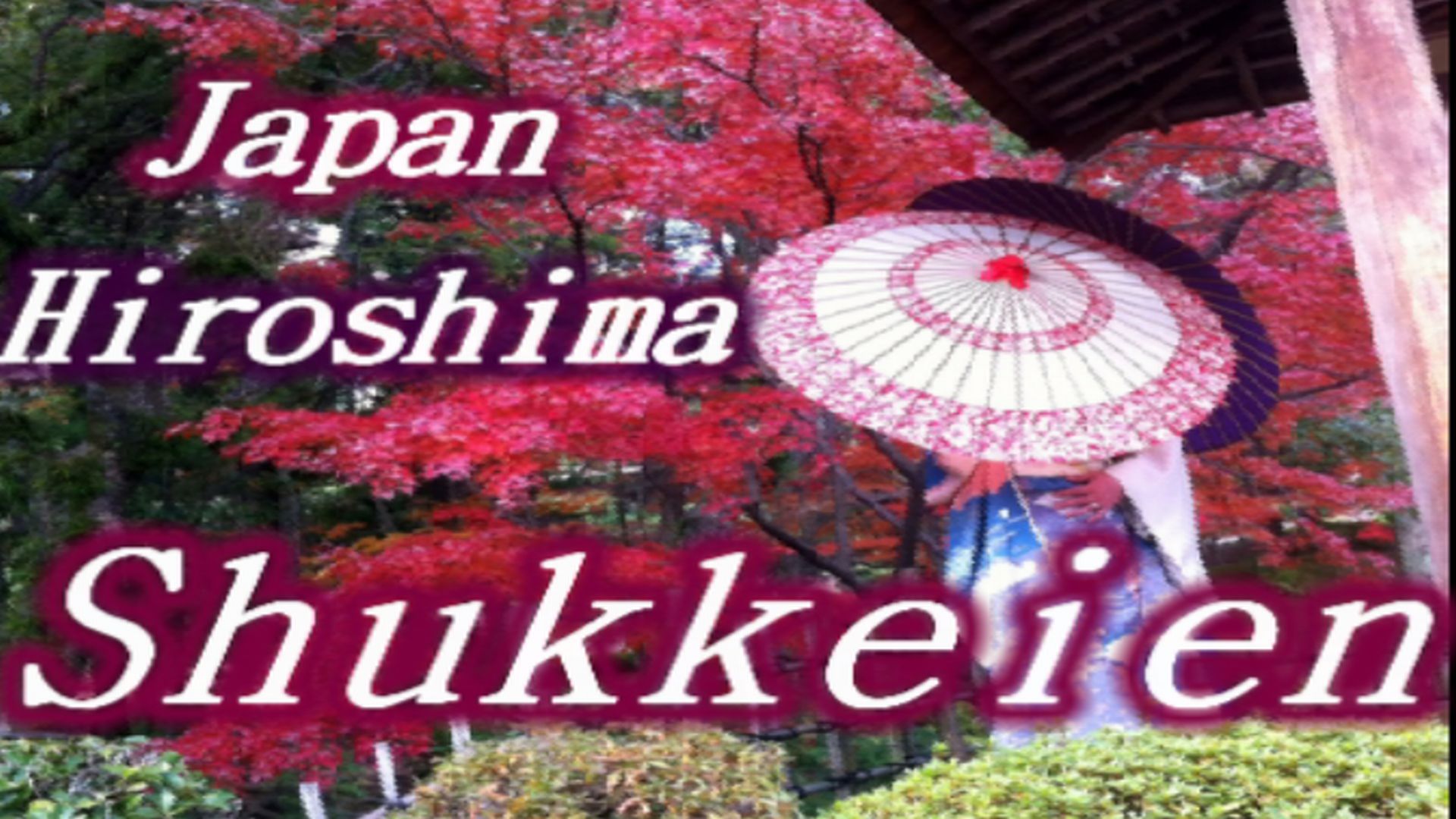 The name Shukkeien is loosely translated as "shrunken-scenery garden," which is also a good description of the garden. Visitors will find mini-valleys, mini-mountains, even mini-forests within the garden's landscapes. Through carefully cultivated land and vegetation, the garden mimics a variety of natural formations and scenic views.

Shukkeien has a long history dating back to 1620, just after the completion of Hiroshima Castle. The garden displays many features of the traditional aesthetics of Japanese gardens. Around the garden's main pond there are a number of tea houses which offer visitors ideal views of the surrounding scenery.

The entire garden is connected by a recommended path which leads visitors around the pond at the center of the garden. The path passes through all of Shukkeien's various miniaturized sceneries. Following this path around the garden is the best way to enjoy Shukkeien.

The garden has Japanese-style café, offering green tea, sweets, and so on. 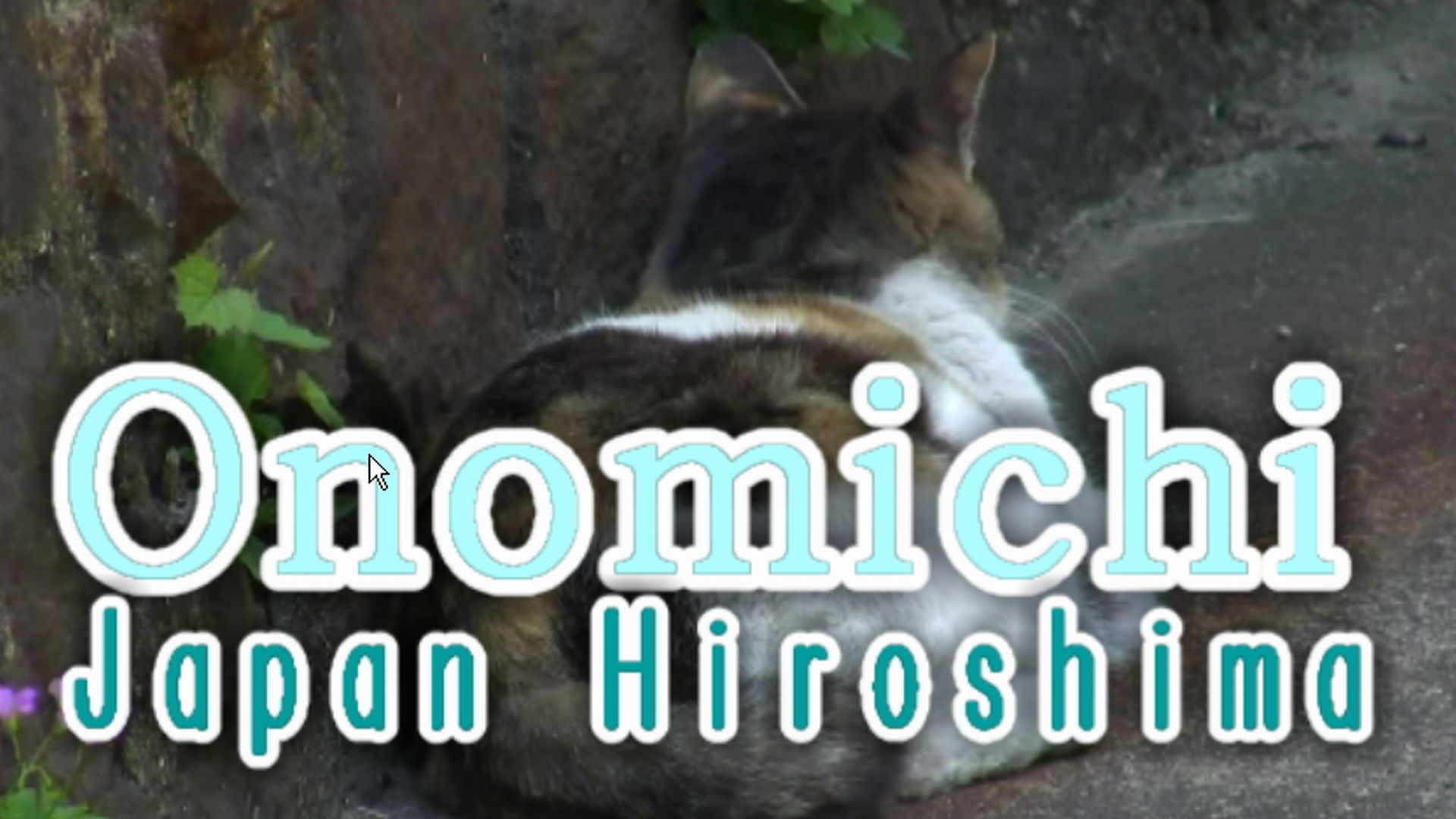 An old fashioned town located along the Seto Inland Sea in the eastern part of Hiroshima Prefecture, Onomichi (尾道) has many interesting sites and places for locals and tourists to explore. In addition to the temples, museums, parks and gardens, Onomichi is the “Honshu” mainland point for the Shimanami Kaido Bridge.  And is the major port for the small islands within the Seto Inland Sea.

Onomichi is the home to many temples. In the past, rich merchants donated money to build temples within the port town to ensure prosperity. Visitors may choose to explore Onomichi’s famous “Temple Walk” which leads visitors to 25 temples. However, as Onomichi is also famous for its steep slopes, proper footwear is recommended.

Onomichi is the home to many respected authors, such as Fumiko Hayashi, author of “Horoki” (“Vagabond’s Song” in English) which was adapted into the anime “Wandering Days.” Artists will enjoy looking the museums such as the Hirayama Museum, famous for Artist Hirayama’s Silk Road desert landscapes paintings of Iran, Iraq and China. Many movies have been filmed here, including Yasujiro Ozu’s globally famous film “Tokyo Monogatari.”

Cyclists love Onomichi and its access to the Shimanami Kaido Bridge, the bridge which connects Honshu to Shikoku. The Shimanami Kaido Bridge has exits and entrances for drivers and cyclists to visit the small islands lying in the Seto Inland Sea. Onomichi, being the Honshu home of the bridge, has cycle rental stores, repair stores, even bicycle storage for those who opt the island hopping via ship.

Yet, there is more to the city of Onomichi. From the old-fashioned family owned business in the covered shopping arcade near the train station, to the modern U2 cycling support facility, there is something for everyone here. Traditional Japan meets Modern Japan with family fun festivals such as the summer fireworks festival or autumn Betcha Matsuri (where local “demons” run around hitting children on the head to knock some sense into them). Beautiful cherry blossom parks in the spring, artwork and history, cycling and temple touring…all available in the small, port city of Onomichi. 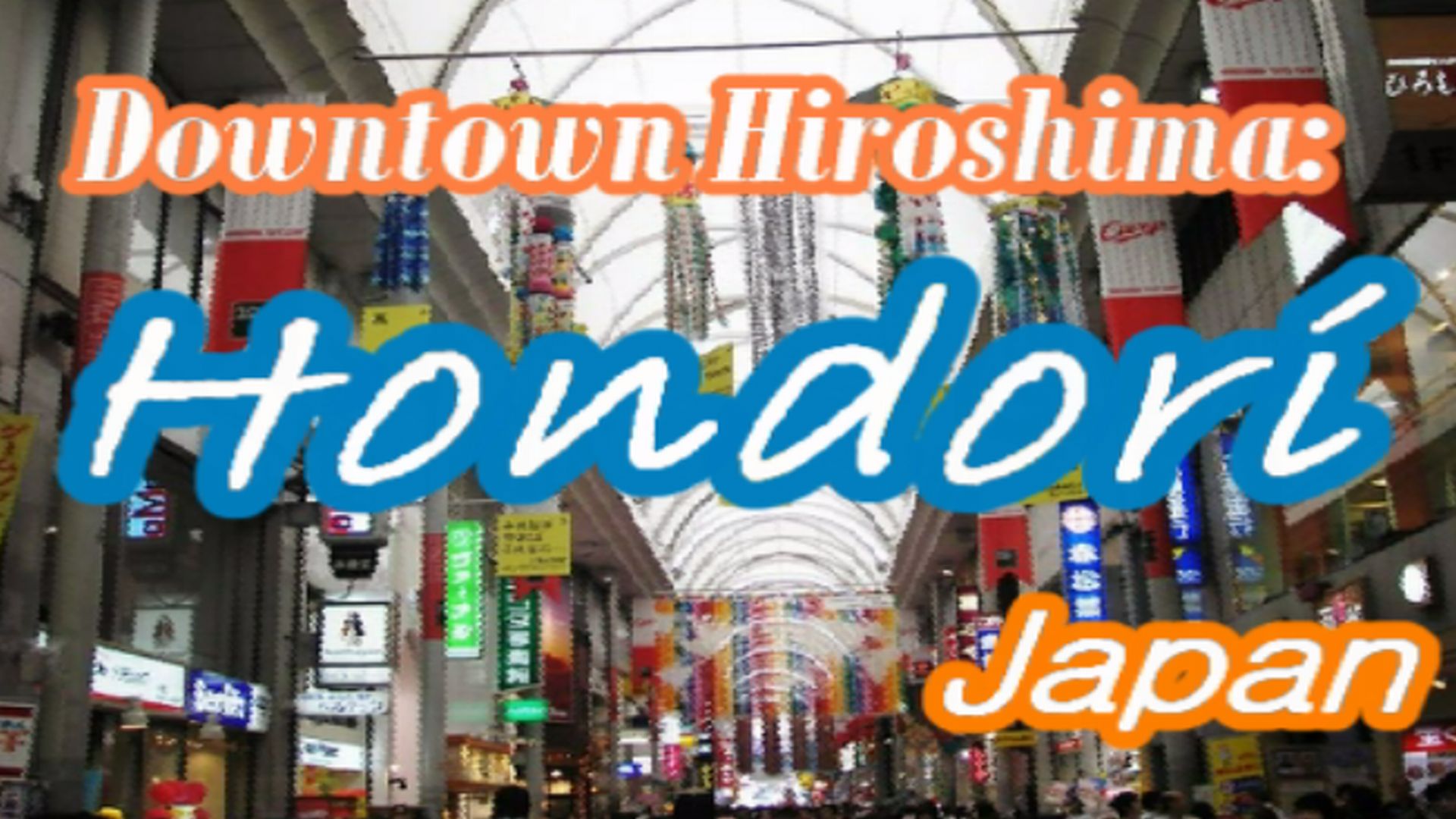 About 10 to 15 minutes away by streetcar from Hiroshima Station, visitors can find many things to do in this area. Visitors looking to purchase electronic items are recommended to visit Tax Free havens Edion or Yamada Denki. Another popular Tax Free store is Don Quixote, located along Chuo Dori near Okonomiyaki Mura (okonomiyaki village).

Hiroshima’s soul food, okonomiyaki is a layered cabbage/pork pancake, containing soba or udon noodles. Though okonomiyaki restaurants are located throughout Hiroshima, there is a high concentration of okonomiyaki stores in the downtown area. Located behind Parco Department Store is “Okonomiyaki Mura”, a building with only okonomiyaki shops.

In addition to the departments stores, SOGO, Fukuya and Mitsukoshi located in the downtown area, visitors will find a pedestrian only, shopping arcade street “Hondori”.  The covered arcade begins near Peace Park, the mini bridge located near the middle of the park, and stretches about one and half kilometers.  Visitors will find stores such as Daiso (100 yen store), convenience store (Lawson), clothing stores and more. Chain coffee shops such as Tully’s and Starbucks are located along Hondori as well as the main branch of the Danish bakery “Anderson’s.”

Hondori is an interesting area. There are chain stores as well as small family owned shops. Visitors can wander the small streets emerging from the main Hondori street to find treasures (such as a vintage Japanese toy shop) or more chain stores (such as the convenience store 7-11). At night, once the stores close, there are street performers. As the performances are not organized, it is difficult to what visitors may encounter. However, common examples of street performers in the Hondori area include guitar/singer performers, fortune tellers, and so on. 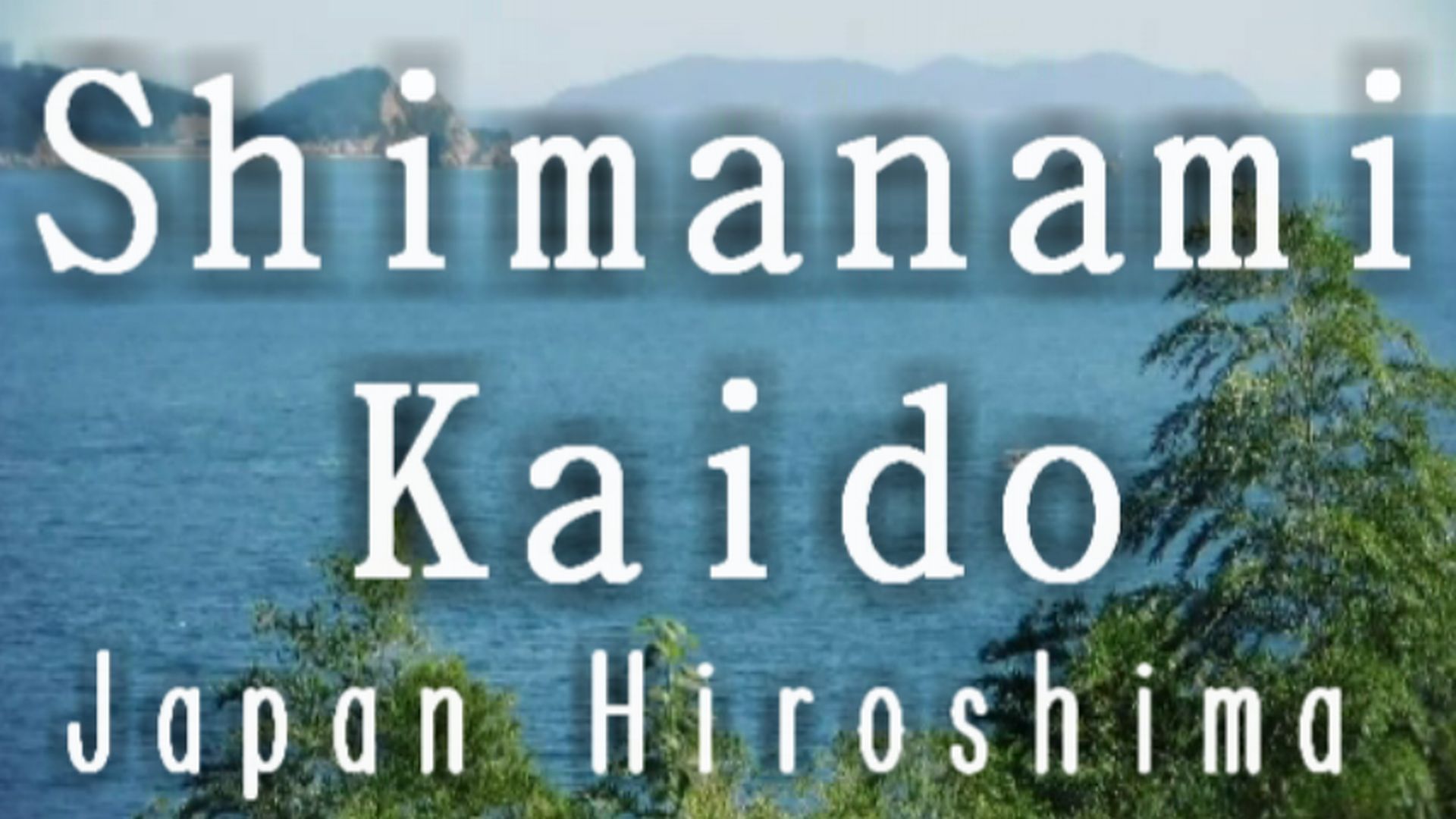 Japan and its people are very proud of Shimanami Kaido Bridge, the world’s longest series of suspension bridges, which connects Honshu (Japan’s main island) with Shikoku. Visitors can enter or exit the bridge from either Onomichi City in Hiroshima Prefecture on the Honshu side or from Imabari City in Ehime Prefecture on the Shikoku side. This 60 kilometer long bridge-toll road can be utilized by motorists, cyclists and pedestrians.

Visitors can use Shimanami Kaido to visit Mukaishima, Innoshima, Ikuchijima, Omishima, Hakatajima, and Oshima islands as the bridge has exits for its users to stop along the Seto Inland Islands on their way to Honshu or Shikoku. Some areas of attractions on the islands include:
**Innoshima Suigun Castle on Innoshima Island. Though not the original castle, the recreated naval castle is modeled after the original castle from the 14th to 15th centuries. Visitors will find a museum about the Japanese navy within the castle.
**Kosanji Temple on Ikuchijima Island. Dedicated to the founder’s mother, the buildings within the temple grounds are modeled after famous Japanese historic structures. This temple has a museum as well displaying rare, high quality antique art pieces.
**Oyamazumi Jinja (Shrine) on Omishima Island.  The deity enshrined at this shrine is the protector of the sailors and soldiers. The shrine is also famous for its collection of historic armor and swords.
**Kirosan Observatory Park on Oshima Island.  Visitors can view Kurushima-kaiyo Strait Bridge, the first three consecutive suspension bridges in the world! In addition, Kurshima-kaiyo Strait, one of the three fastest currents in Japan can be seen here.

In addition to the tourist attractions, visitors can enjoy the fresh sea air, cool sea breeze as well as sunshine on this island hopping bridge.  Visitors will find beautiful beaches on the islands.  There are campgrounds as well as hot spring inns (ryokan) for those who wish to spend the night.

Visitors are recommended to try the local fruits and vegetables these islands are proud of. Citrus is especially popular in this area. The seafood, caught from the surrounding Seto Inland Sea, is delicious as well. Sea bream. Octopus, Shellfish (including short-neck clams and freshwater clams) are but a few of the popular seafood in this area.

The bridge can be accessed by car, moped, bus, and bicycle or on foot. There are ferries as well to the islands with the Shimanami Kaido Bridge in the background. Not just a bridge, toll way connecting the islands as well Honshu and Shikoku, Shimanami Kaido is new way to access, discover and experience Japan treasures. 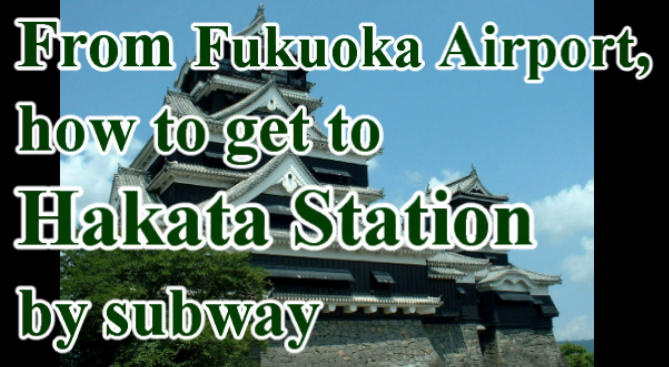 From Fukuoka Airport, how to get to Hakata Station by subway

Fukuoka Airport is Japan's most easily accessible airport. The subway line is connected to the airport and provides 11 minutes access to the airport from Tenjin and 5 minutes from Hakata station.

Hakata Station (博多駅) is a major railway station in Hakata-ku, Fukuoka, Japan. It is the largest and busiest station in Kyushu. It is also a gateway to other cities in Kyushu for tourists from Honshu.

How to get to Hakata Station by subway
As following the instructions above to the subway, visitor will find Fukuoka Kuko station. Hakata Station is just two subway stops from there (5 minutes, 260 yen one way).

International Passengers
Firstly, board the Free Shuttle Bus to the Domestic Terminal.